Cryptocurrency is a digital currency that can be used to purchase goods and services, but  an online ledger with strong encryption is used to secure online transactions. Much of the interest in these unregulated currencies is traded for profit, and speculators sometimes raise their prices.

Cryptocurrencies work using a technology called Blockchain. Blockchain is a  technology distributed across multiple computers that manages and records transactions. One of the appeals of this technology is its safety.

Many companies have issued their own currencies,  called Tokens, that can be traded specifically for goods or services offered by the company. Think of them as slot machine tokens or casino chips. In order to access a product or service, you must exchange real currency for cryptocurrency.

Bitcoin, the most popular cryptocurrency,  has been volatile  this year, reaching nearly $65,000 in April and losing nearly half of its value in May. By mid-October, prices skyrocketed again. After breaking the all-time high of $66,000, it fell slightly.

How many cryptocurrencies are there? What are they worth?

More than 13,000 different cryptocurrencies are traded publicly, according to CoinMarketCap.com, a market research website. And cryptocurrencies continue to proliferate, raising money through initial coin offerings, or ICOs.

These are the 10 largest trading cryptocurrencies by market capitalization

Why are cryptocurrencies so popular?

Cryptocurrencies appeal to their supporters for a variety of reasons. Here are some of the most popular:

Are cryptocurrencies a good investment?

Cryptocurrencies can go up in price, but many investors see it as speculation rather than a real investment. cause? As with real currencies, cryptocurrencies do not generate cash flow, so someone has to pay more for the currency than you do to make a profit.

This is the so-called ‘most foolish’ investment theory. Compare this to a well-run business that increases its profitability and operating cash flow, increasing its value over time.

“For those who see cryptocurrencies such as bitcoin as the currency of the future, it should be noted that a currency needs stability.”

Bitcoin and other cryptocurrencies have not been stable for most of their history.

This price volatility creates a mystery. If Bitcoin could be much more valuable in the future, people would be less likely to use and distribute Bitcoin today, making it less valuable as a currency.

How do I buy cryptocurrency?

Coinbase is one of the popular cryptocurrency exchanges where you can create wallets and buy and sell Bitcoin and other cryptocurrencies. There is also an increasing number of online brokers offering cryptocurrencies such as eToro, Tradestation and Sofi Active Investing. Robinhood offers free cryptocurrency trading. Not all traders are available in every country, so do research which traders are reliable in your country.

Here’s something everyone keeps asking, Are cryptocurrencies legal?

The legality of its use varies from country to country, but it is legal in the United States. There are no laws that prohibit (or allow) trading in crypto in India. China has banned all sorts of Crypto.

Also, don’t forget to think about how to protect yourself from scammers who see cryptocurrencies as an opportunity to deceive investors. As always, buyers beware.

How Secure Is Cryptocurrency?

Cryptocurrencies are usually created using blockchain technology. Blockchain describes how transactions are recorded in “blocks” and timestamps. This is a rather complicated technical process, but as a result, it is difficult for hackers to forge the  digital ledger of cryptocurrency transactions.

Transactions require two-factor authentication. For example, you may be prompted to enter your username and password to initiate a transaction. You may then be asked to enter a verification code, which will be sent in the form of a  text message to your personal cell phone.

How do I protect myself from being scammed

Investments are always risky, but some experts say cryptocurrency is one of the riskier investment choices out there.

Here are some tips,

The advent of Bitcoin has sparked a debate about its future and the future of other cryptocurrencies. Cryptocurrencies that want to be part of the mainstream financial system must meet very different standards.

Some of the limitations that cryptocurrencies are currently facing-for example, the fact that  a computer crash could wipe out digital assets, or that hackers can search virtual vaults. The number of merchants accepting cryptocurrencies is steadily increasing, but they are still a minority. 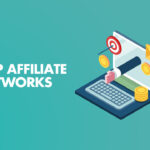 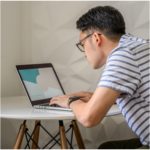 9 Ways To Monetize Your Blog